Stories from St Lucia: 1 - In The Footprints of Amy 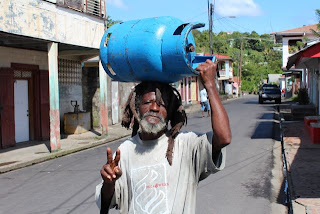 The last thing we expected to find in our Caribbean holiday resort was a celebrity ghost.

We chose this place because it’s laid back and not remotely starry, though remote it most certainly is, and in this most northerly bay of St Lucia, the stars are so bright in the ink-black night you could almost touch them.

But Cotton Bay Village, where we’ve come to escape the January cold, is nothing like the spa-laden hotels on the other side of the island. They lie on the west coast, protected from the Atlantic’s roar and the screams of toddlers; ours faces east, where it’s cooler and less manicured, making it infinitely more child friendly.

Which makes it an unlikely venue for Amy Winehouse, enfant terrible and childlike genius, who chose it as her refuge from the pain of her troubled last years.

The villa she rented stands opposite ours. Right now we use her housekeeper, 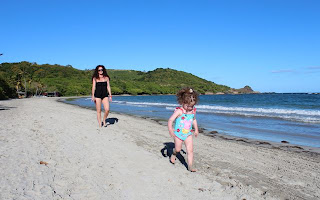 eat in the same little beach bar, stroke the same stray dogs and ride the horses she rode along the unspoiled beach.

We've befriended some of her neighbours, who paint a picture of a lifestyle far removed from one we were fed by some of our tabloid newspapers.

This place has none of the opulent seclusion of a typical rock star retreat. Izzy toddles up to all the other three-year-olds with a bold “What’s Your Name?” and then noisily fills and empties buckets with them in the toddler pool, 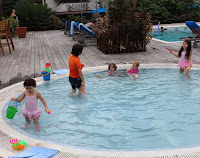 their screams echoing round the villas and apartments.

Quite why the tattooed singer chose here, I don’t know, but by all accounts she is greatly missed. She had been scheduled to return just a week or so after her untimely death: her house was prepared and the staff were looking forward to seeing her. There are pictures of her in the restaurant and fond memories flow from everyone you meet.


Locals say the image of a permanently intoxicated, incoherent diva was simply wrong. Sure, she would hang in the shade

of the tiny bar along the beach, but the owner, Majorie, a fiercely strong woman whose family has owned the collection of wooden shacks for the last 22 years,

tells me proudly she never let Amy get drunk on her premises. "I kept my promise to her Father.  I always made her eat before she drank", she says.  Amy called her "Momma".

“She was never any trouble”, say Amy’s next-door neighbours, a retired English couple who spend three months every year in this sun-kissed hideaway.

“She was sweet, and very quiet”, says Melissa, our cleaner, wiping away a tear. “She’d sit like a child for hours with crayons and paper just drawing, like Izzy does. She always had nice words for me, although sometimes, when she drank, she went cuckoo”, she added. “What happened then?” I asked. “A few things got broken – nothing serious”.

One day Amy brought in a basket of tiny puppies from the beach. I can understand why.

It was all I could do to dissuade Jo from popping one of their cousins, a friendly mutt with the sweetest eyes, into her own suitcase. But six untrained puppies would be a bit too much for the most tolerant housekeeper. “The fleas went everywhere so we banned them”, said Melissa.

Amy’s generosity was legendary. In Majorie’s, a man with eyes as dark as the rum and coke in front of him, sits wearing headphones. When I ask him what he’s listening to, he pops them over my ears. “I wish I could sing no regrets and no emotional debts”, Amy was chanting.

“She saved my life,” he says. “She paid for my hernia operation. She was a saint”. Behind him, the Atlantic rollers accompany the lyrics: “So we are history, the shadow covers me, The sky above, a blaze that only lovers see.” 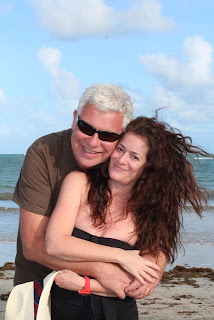 Sure, Amy Winehouse may have faced her demons with alcohol: but I think I can now understand why her favourite drug was this charming, impoverished island. It’s simple but bewitching, and about as far removed from cold, dark reality as you could possibly get. 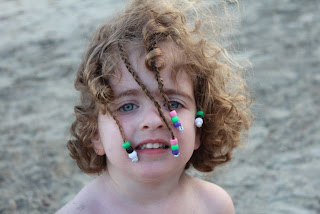 Oh dear, back to the real world next week.

[With grateful thanks to the St Lucia Tourist Board]
Posted by Tom Gutteridge at 3:31 PM

Lovely piece. Especially the image of Izzy and Amy colouring pix. Could this be your home from home? Xx

Wow that is an awesum piece. It moved me and the connection with your family there and the ghost/spirit of Amy Winehouse rang true and hit me pretty hard....