Winding back the BBC clock 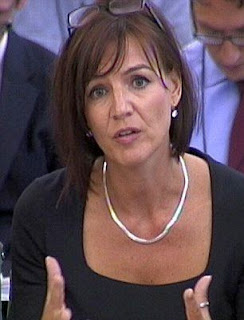 Why did Lucy Adams, the BBC’s confounded and derided HR boss, wear spectacles glued to her scalp whilst being grilled by MPs? Does she have two extra eyes in her head, through which she can seek divine inspiration from the gods of HR?

She certainly demonstrated something that I’ve always suspected: the pointlessness of her profession.


“Personnel”, they used to call the folk who sent out the application forms and organised the interviews. They were nice, caring people, who wrote letters explaining that no, we had no jobs for researchers, but you could be a trainee store manager in the props department. Then, almost overnight – quite why or how I’ve no idea – Personnel became Human Resources Management.

They put new signs on their doors to fit their long titles, doubled the size of their desks and their teams, quadrupled their salaries, and began to ask for seats on the board. They were no longer the interface between management and workers, the person to turn to if someone wanted maternity leave or an extra assistant.

Instead, they planned and implemented staffing strategy. They took the word ‘person’ out of the title, and turned humans into resources, mere commodities on a spreadsheet to be deleted when no longer needed – a process hastened, where necessary, by the sweetening effect of a million-pound bung.

As overblown as their profession had become, HR people could still be relied on for their unequivocal integrity and fairness. That was until Lucy Adams blew away the image in front of MPs and the world.

Mark Thompson is lucky he got off so lightly. Any chief executive who leaves an organisation in such a parlous state, with staff so demoralised and angry, layers of untalented managers scared of taking their own decisions, and viewers bored by their safe, derivative, London-centric programming, should at least be asked: why on earth did we pay you £834,000 a year to run this shambles? That’s 5,700 licence fees.

He ran the organisation for eight years and, instead of speedily rooting out the piles of dead management that had been rotting the organisation into decay, he waited until the government had frozen the licence fee and the gravy train started to dry up. Then, in a panic, he told his HR team to slash as many admin jobs as possible. As a result, someone worked out it was cheaper to pay Mark Byford 6,522 licence fees to leave, rather than to keep him doing – nobody is quite sure what, which is presumably why they could so easily lose him.

There’s no surprise at the backlash from those horrified by this obscene disconnect between the remuneration of the bosses and the programme makers. How did the BBC’s middle managers fool the world and themselves into believing their overblown value in the “competitive” marketplace?

Production staff at the BBC have always been paid less than outside, largely because it was such an exciting, creative place to be. One former BBC employee said on Facebook at the weekend: “We accepted being paid less than our ITV colleagues because we were responsible to the licence fee payers and it was public money. It was a privilege to work there.”

That’s exactly how I felt during my 12 BBC years. As a young producer, I turned down several jobs at ITV because the BBC let me make more interesting programmes. The creative process was at the heart, and we creatives only thought about our programmes and viewers. From the crews to the writers, all that mattered was what went on the screen. Management was what you did when your creativity dried up, and your sole job as a manager was to enable the creatives to do their stuff. 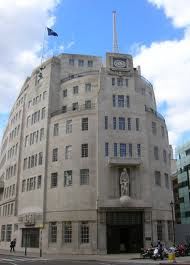 I actually think Tony Hall still believes in that ideal. Next month it will be exactly 40 years since he and I first walked through the heavy brass doors beneath the clock of Broadcasting House.

It was a very different BBC back then, when programme excellence was the only reward that mattered.

I wish him every success in winding back that clock.
Posted by Tom Gutteridge at 3:22 AM

Couldn't agree more Tom. I watched the foundations of this nonsense at very close hand in the early 90's. I hope he is successful in winding back the corporate b*llocks and getting back to the creative stew I enjoyed for a couple of decades.

Amen to all of the above! And, while those executive board salaries doubled, tripled and quadruple-somersaulted, the budgets for programmes were squeezed tighter and tighter, and the cannon fodder at the sharp end were told, year on year: "Sorry, not a great year for an increase. Maybe jam tomorrow?"
A former colleague told me last week that she'd been offered some freelance production work back in her old department, but had turned it down because: "You have a few days to make a programme on a budget of two pasties and a lemonade.".
I, too, wish Tony Hall the greatest of good luck with turning this mess around. He's going to need it.

Couldn't agree more. I am a similar vintage to the author and although a techie, my experience of BBC HR people was pretty similar. Initially, I looked upon them in the same way as one might look upon estate agents, i.e. pompous oafs with an inflated view of their own value.

It was around the late 1980s when we all started receiving letters that began with 'Dear Colleague'. This was around the time that HR people appeared on the board.

Don't get me wrong. There is a role for HR people in any large organisation to provide admin services as well as to provide advice on employment and industrial relations law. Does this merit a place on the top table? I don't think so.

Having HR people at the top is just yet another symptom of what is wrong. Like many of our other great institutions, the BBC is a public service. To apply the rules of a toffee shop keeper to the way it runs is the root cause of its current parlous state.