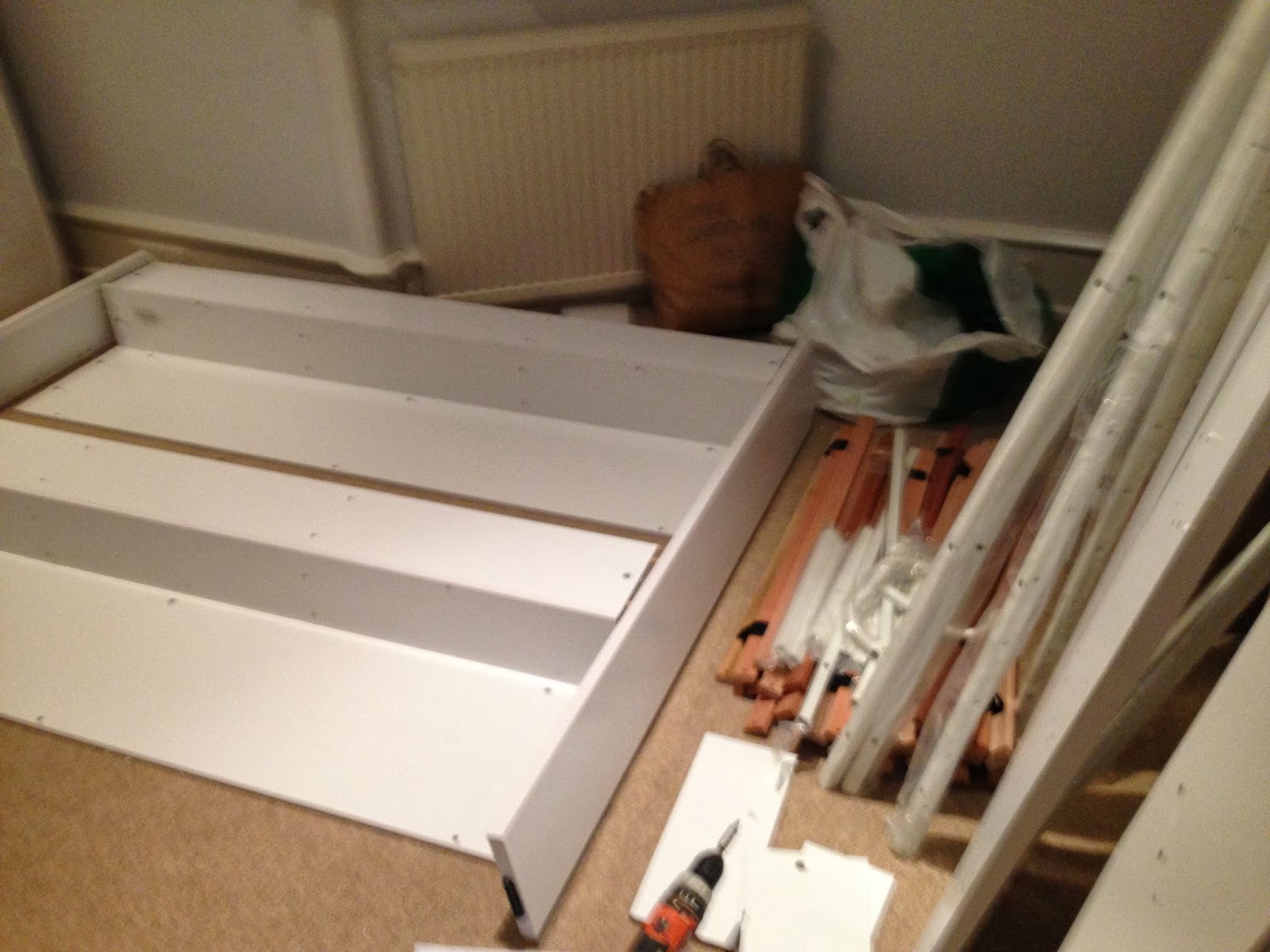 Izzy was really worried about her new bedroom, so Jo tried to reassure her.

“You’ll have all your dolls there, and Ariel the fish.”

“But is it going to be purple?”

A long pause. Then Jo said: “Yes, it will have purple curtains.”  I rolled my eyes in disbelief. What will the neighbours in Hampstead think?

“And there’ll be bunk beds too?”

Behind Izzy’s back I was vigorously shaking my head at Jo. No, no bunk beds, please. But Jo’s mouth was already open.

That clinched it. Our daughter screamed and did her little happy dance. Izzy has been desperate to sleep in a top bunk.


At Nana’s house the upper deck is reserved for her older cousins. Now she was to have her very own, in a room with purple curtains. Paradise.

They arrived on Friday, and I went to London to greet them: four huge boxes. It took two men to lug each one up the stairs.

Jo had chosen something called the Domino (“Look, it comes with little shelves where she can put her toys”). Even I had to admit it looked quite nice on the computer screen, and it wasn’t too expensive. Apart from the additional cost of two mattresses. And two days of my life.

They didn’t put that in the advert. “This cleverly constructed design meets the stylish design aspirations for the kids of today,” was the claim.

Stylish design aspirations? Izzy just wants to paint the entire world purple. And as for “cleverly constructed”, they hadn’t reckoned on the constructor – me.

Self-assembly is a nightmare. I get cross putting together a salad spinner. Of course I didn’t expect the thing to arrive fully formed, but this was worse than 100 jumbo packs of Meccano. 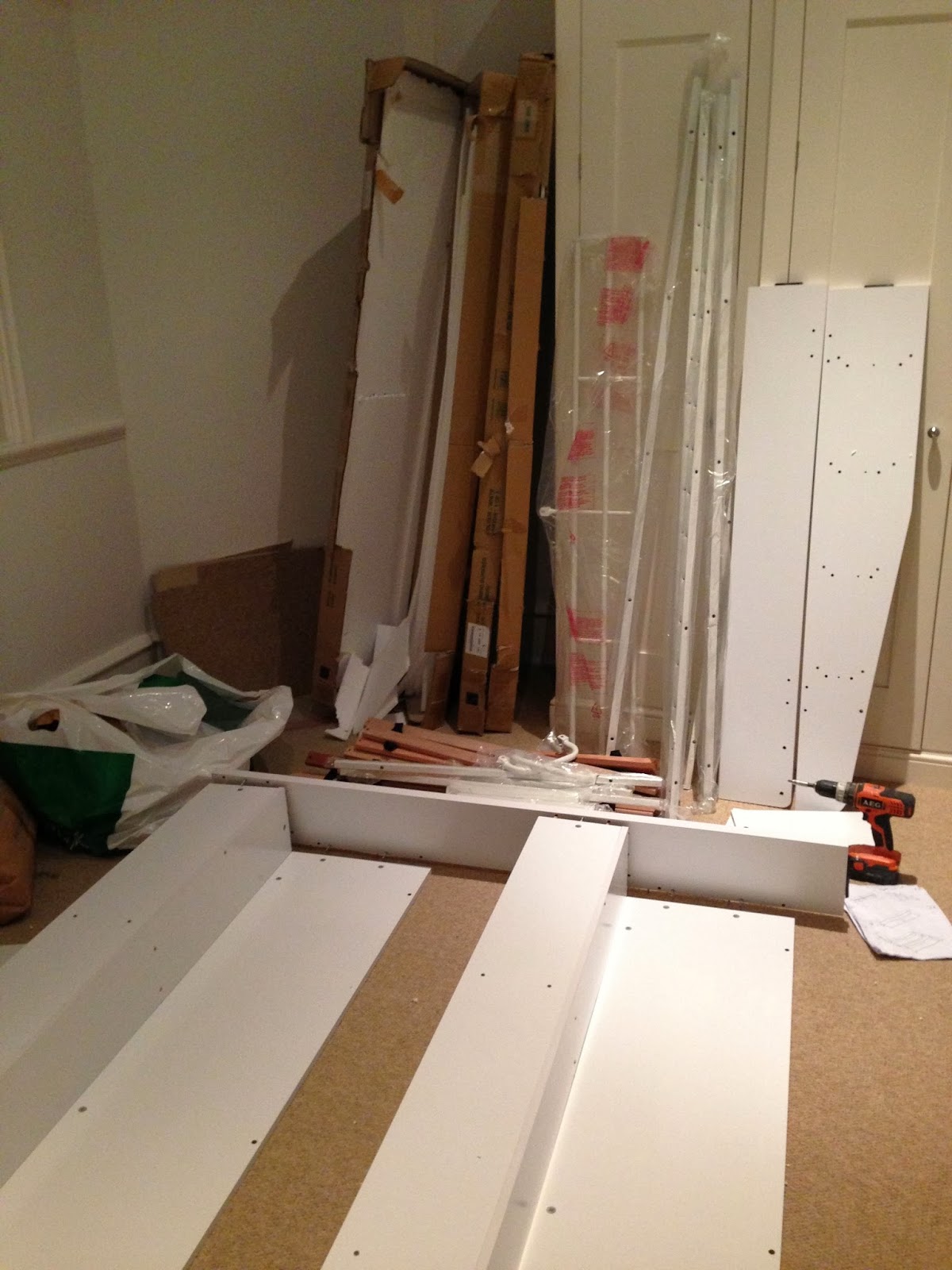 As I opened the first box, a torrent of wood spewed across the bedroom floor. The entire room was awash with planks of various sizes and packets of screws. I had inadvertently invented a new game called Deal or No Deal: Flatpack Edition.

The aim is to find the box with the instructions. You’d think they’d be in Box 1, but you’d be wrong. If you think they want all the parts out on the floor before you’re allowed to read the instructions, then try opening Box 4. Wrong again: it’s full of wooden slats. If you carefully lift out a single slat without realising they are all joined together, a cascade of heavy wood lands on your feet. Great game. 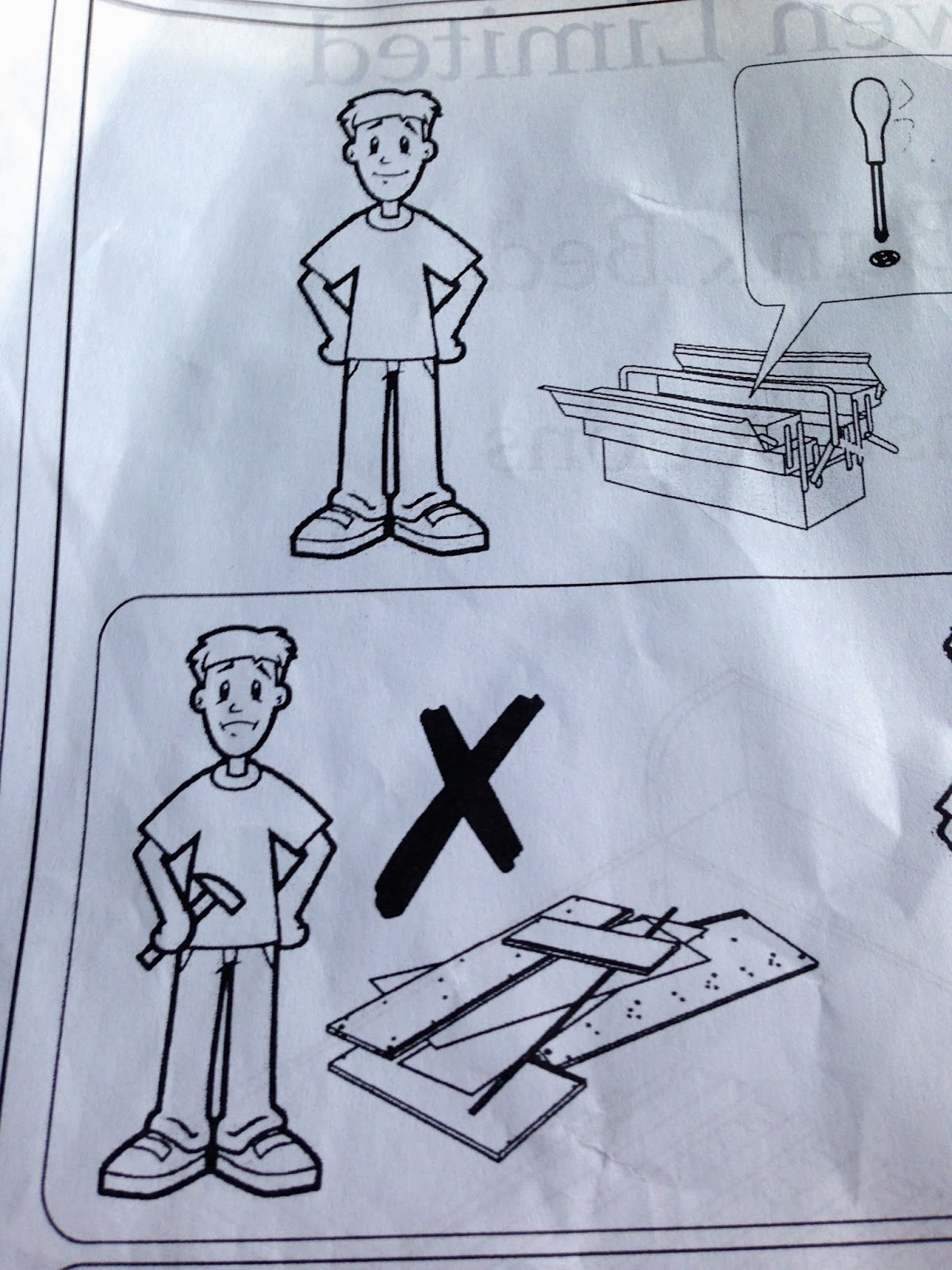 When I eventually found the instructions in the final box, I was relieved to see that a mere child could put together the whole thing in 16 easy steps. At least, there was a cartoon of what looked like a 12-year-old with a sad face clutching a hammer with a pile of broken wood behind him. 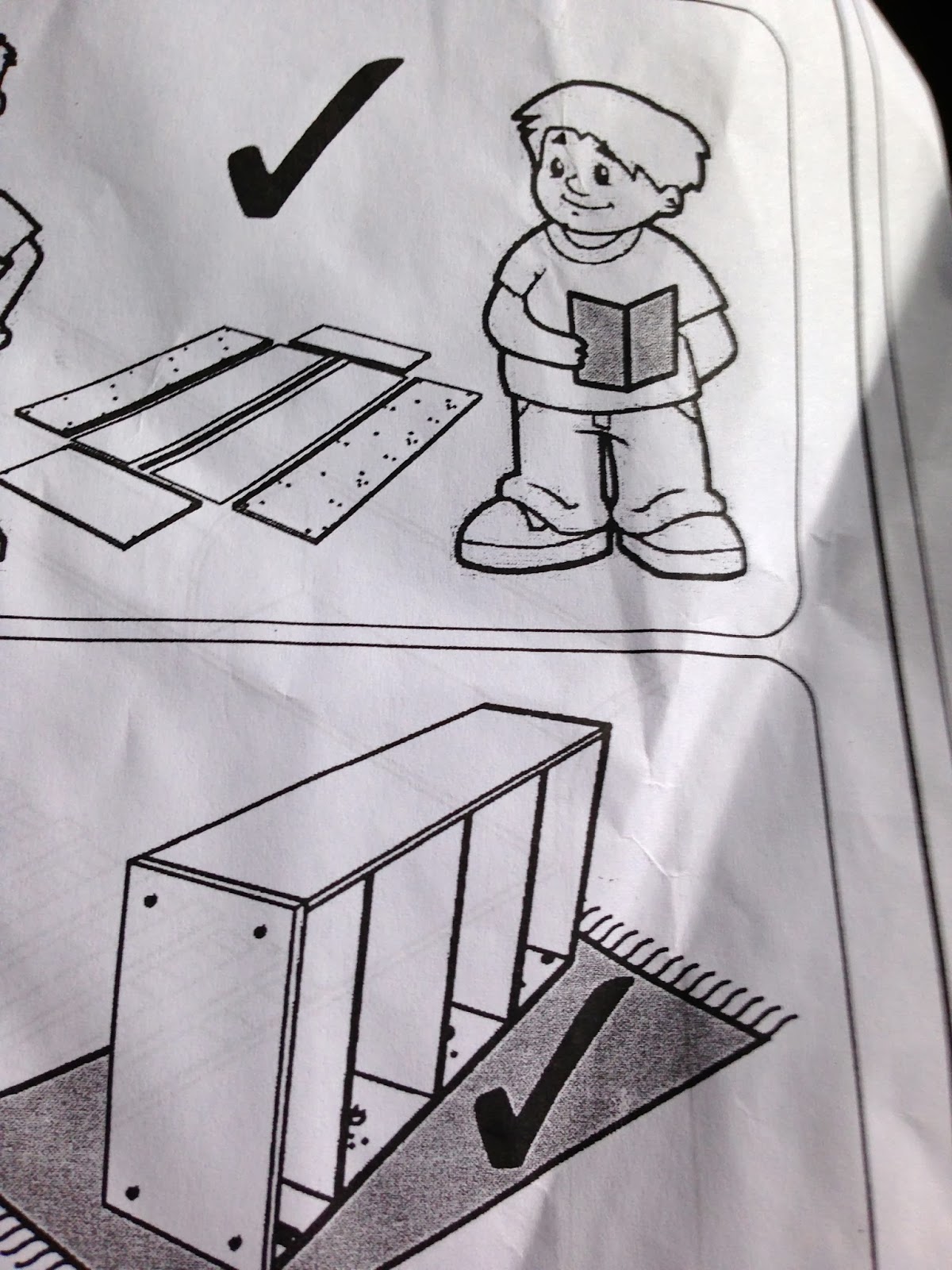 In the next picture the same child stands before a completed bookcase with a happy smile, holding a leaflet. I assumed this was instructing me to read the instructions, although I hoped I didn’t end up with a bookcase.

Other than the ominous line “Please allow at least 3 hours for 2 people to complete”, there were no words at all. 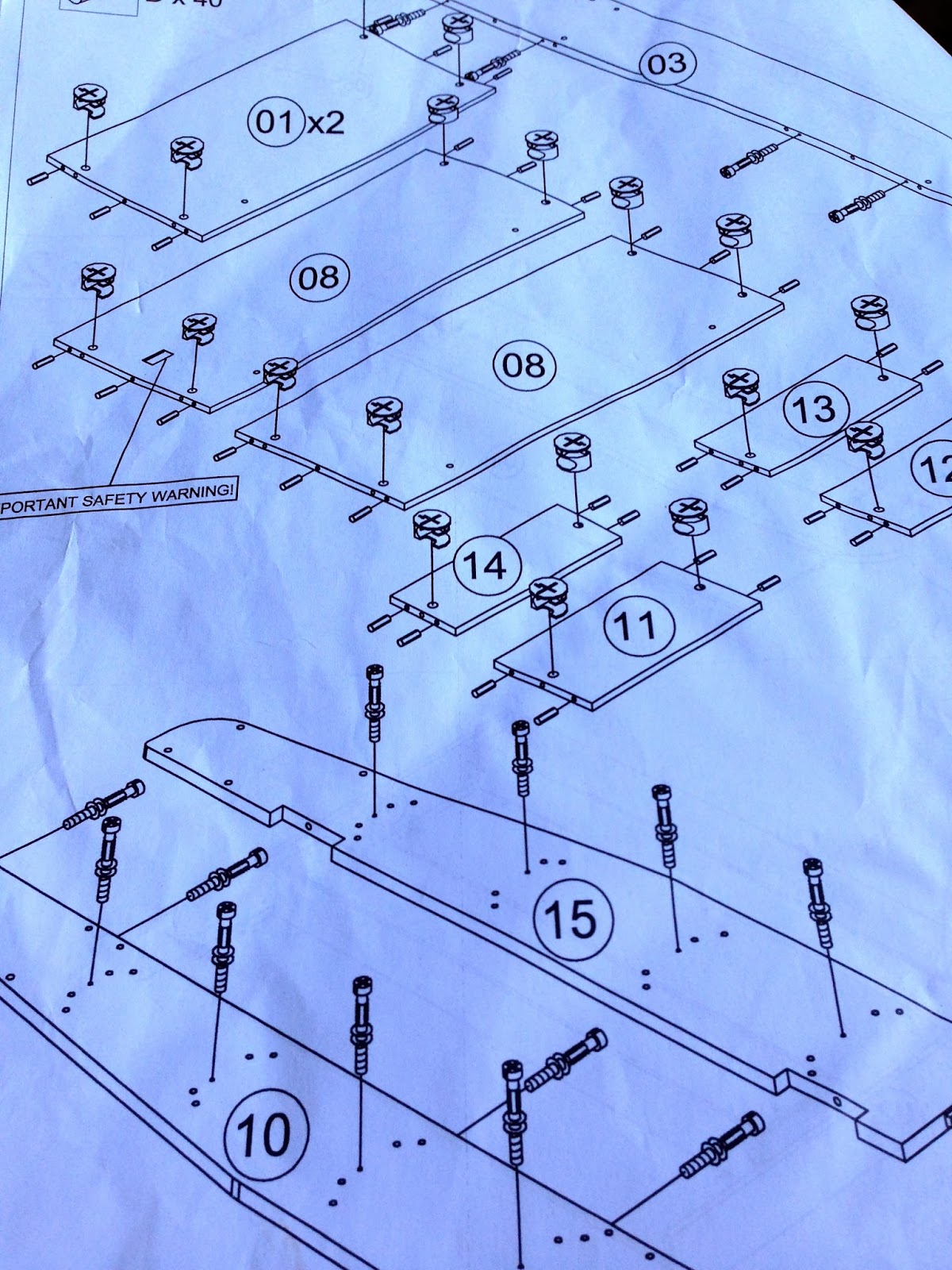 Just drawings of bits of wood with holes in, and screws and things of various sizes marked A to M filling them.

I guessed 3 hours for 2 would be the same as 6 hours for 1, so I started at 5pm, confidently expecting to be finished by Match of the Day.

By 3am I had only just assembled the toy shelf. Then my mobile phone went ping. 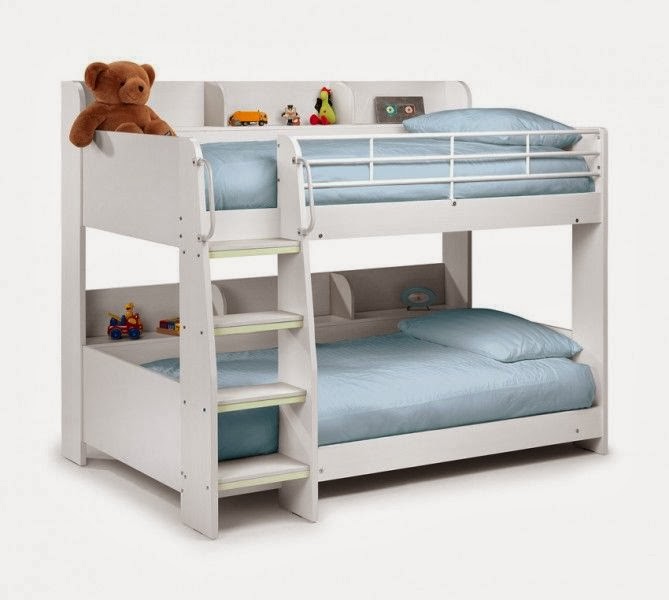 “This is what it should look like,” was the message from Jo, attaching a photo of the completed bed. I wearily gazed at the mound of debris on the floor and resolved to call a friend. 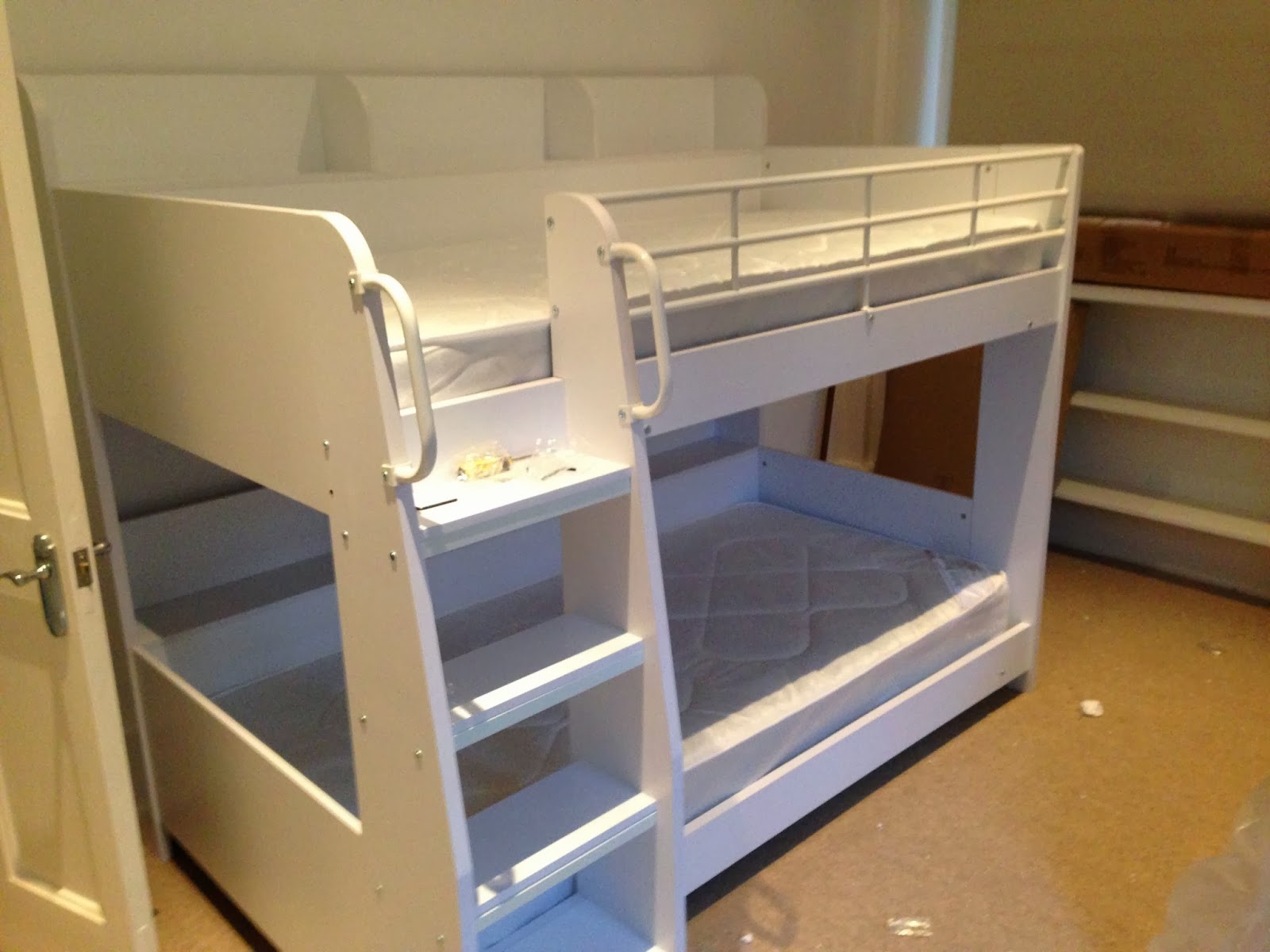 The two of us finished the job late on Sunday night. Our hands and backs were sore, and we were mysteriously short of one key screw, but we were still pretty proud of our achievement. I was just about to send Jo a picture of the completed edifice, when my phone pinged again.

She'd sent another photo: a desk she’s just bought to go with the bunk bed. Self-assembly, of course.
Posted by Tom Gutteridge at 7:19 AM

It looks wonderful. Now train your daughter to make her own bed, tucking in sheets and blankets. That bit looks impossible.