Happy hair and a new gob 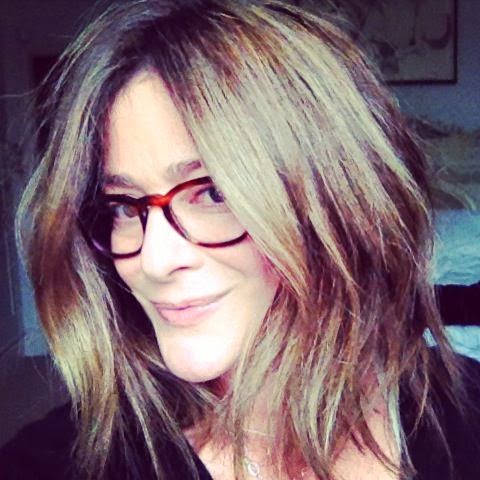 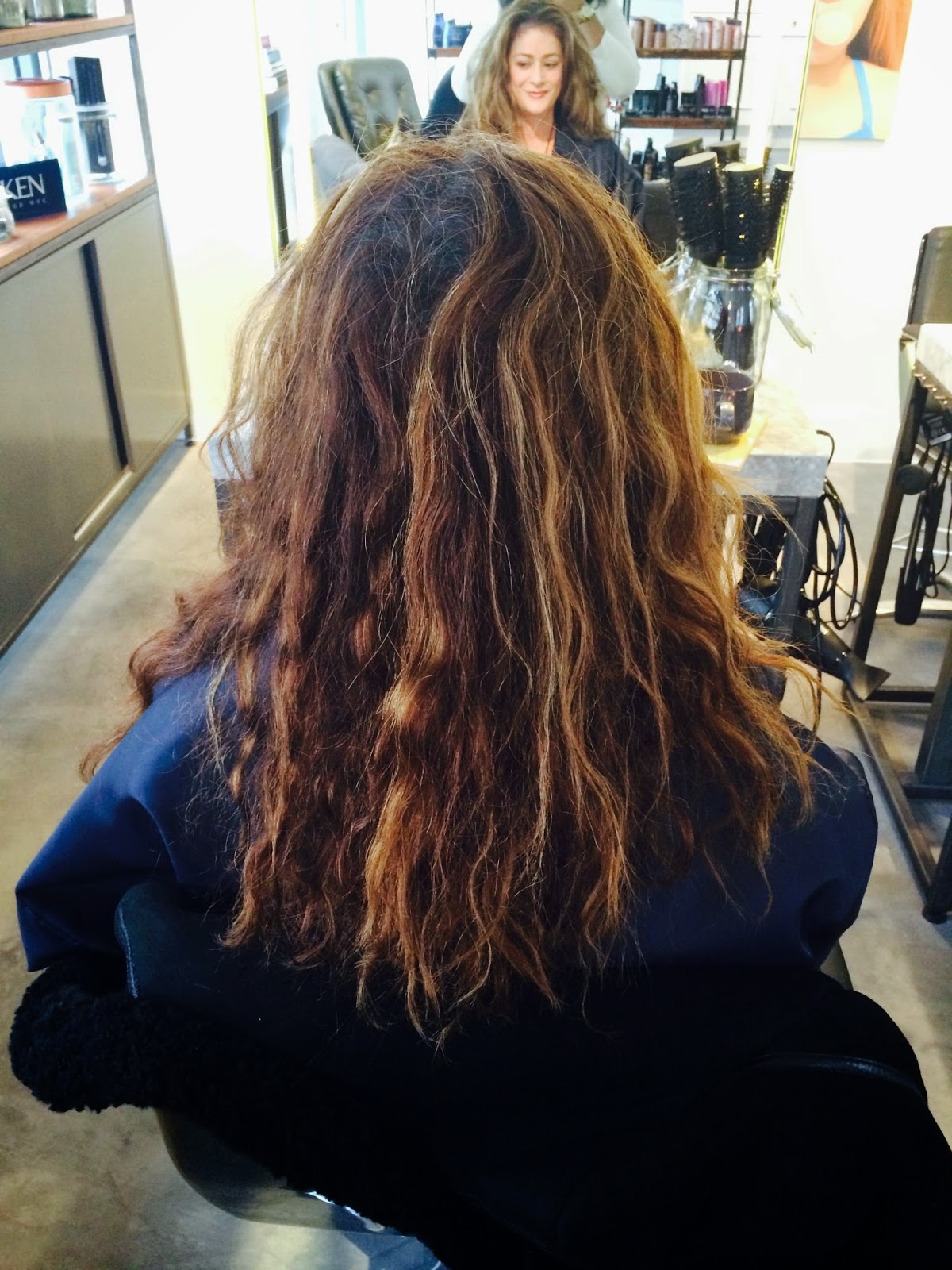 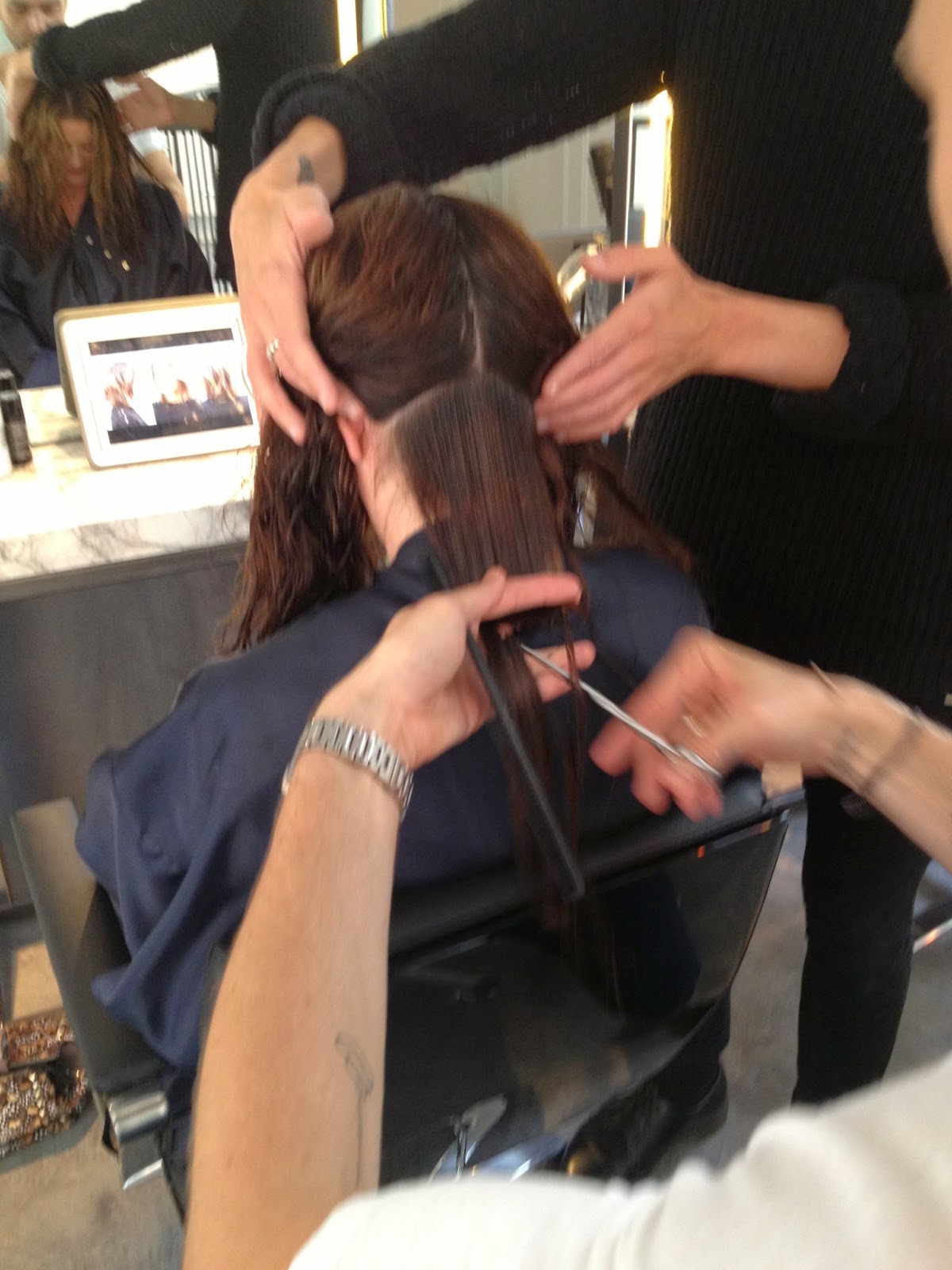 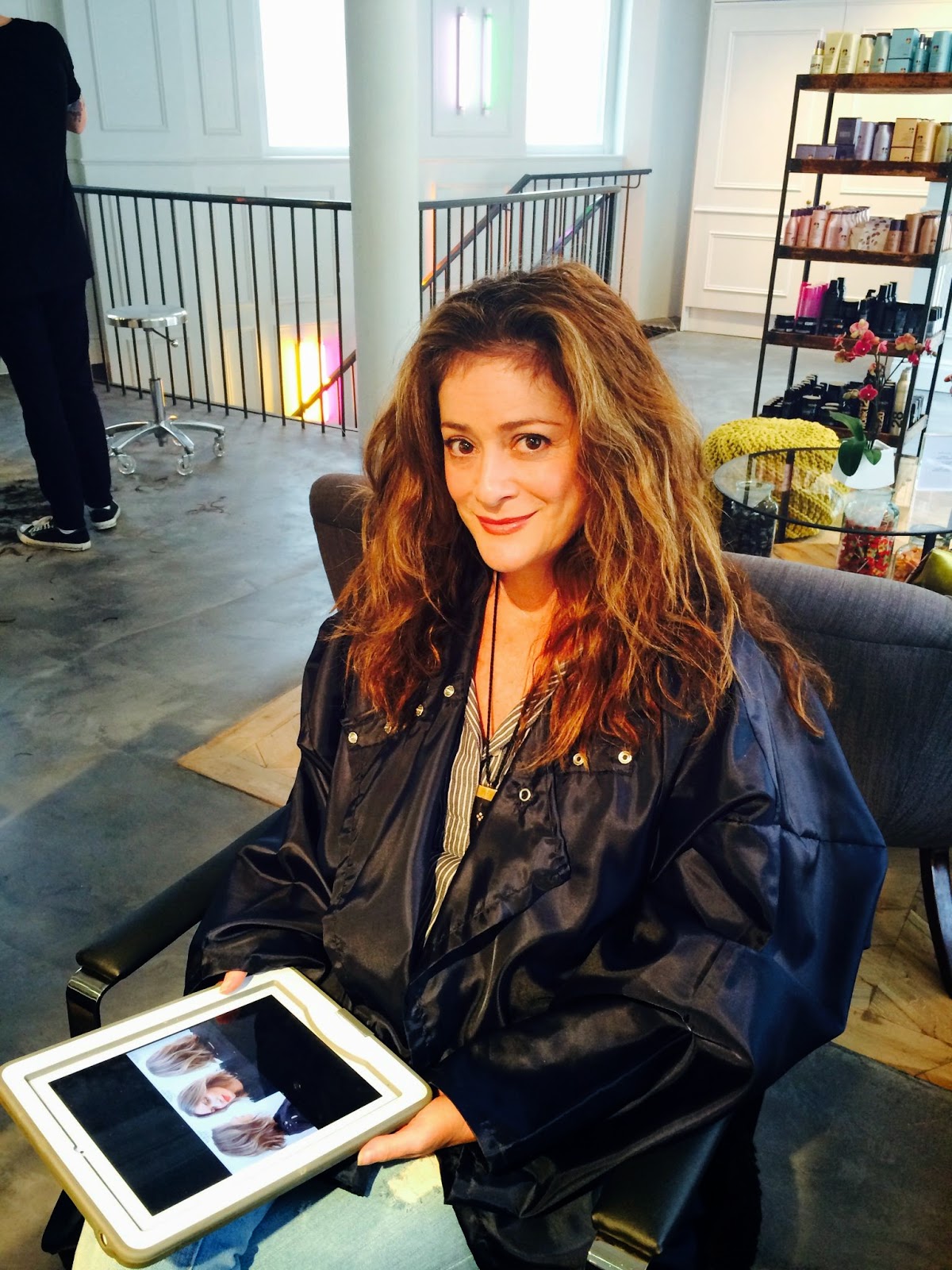 While Jo was texting me progress reports from the salon – “eek, I’m about to meet George”; “they have a dog called Freddy”; “he’s reeeeeealllly nice!” – I was reading an article about George Northwood in The Telegraph. 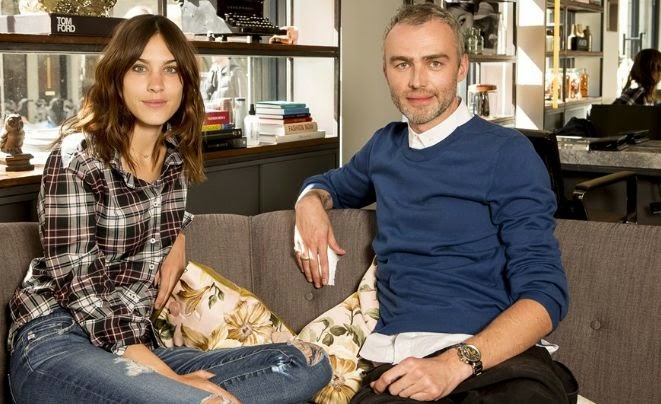 Alexa Chung calls him a “hair magician”. Even I’ve heard of Ms Chung. She’s been called the Kate Moss of the new generation. She presents television programmes for stations like T4 and MTV. I checked Jo’s credit card limit – didn’t want any embarrassment in front of the magician.

He opened his salon just three weeks ago and already the whole of London is talking about it – well the bit of London that reads Vogue anyway. Most of the UK’s leading beauty editors have been following him around town since he worked at Daniel Hereshon, then at Josh Wood Atelier. And now he’s opened his first salon at 24 Wells Street.

I’m reciting this as if I know what I’m talking about. I don’t. As I said in my previous post, men don’t really get female hair. But I’m excited when Jo’s excited, and boy is she excited now. And this from a girl who, when I first met her, knew all the top stylists in LA. Since I dragged her away to London, then the far North, now back to London again, she’s never really found her hair’s rightful home. Until now.

Jo phoned me in a whisper to say that the place was “dripping with supermodels”. Three of them were in the corner, 6-foot tall, Scandinavian-angled, white hair, superthins nibbling nuts and drinking something green. Jo was given tea on a tray with milk and sugar in funky china jugs. And they have their own branded M&Ms.

They serve juices from a company called Roots & Bulbs, including something of dubious colour called George’s Marvellous Medicine, concocted from sweet potato, lemongrass and chia seeds.  Personally, I'd rather drink hair shampoo.

The Telegraph fashionista described the “design aesthetic” as something “akin to a New York townhouse” with the most comfortable basins they’ve ever tested. Jo says the walls are painted in Downpipe, same as our dining room in Northumberland. But what really grabbed her was the friendliness of the place.

Hair salons tend to be daunting, impersonal temples of aloofness. There’s a superiority about the atmosphere and the staff, an atmosphere that tries to make you grateful for being selected as their customer. I’ve experienced it myself, which is why when I find a good barber I stay loyal for life.  In any place of pretention, the stylist is God. And God forbid you should ever criticise your hair when they’ve finished.

George’s salon is different. For a start, it’s a family business. George introduced Jo to his sister Sally. She does the colour. George’s Mum comes in to help out on the desk sometimes, and bakes the cakes.

George tells Jo that his grandmother was a hairdresser. He and Sally used to go out on the road with her when she did house calls. Hair is in the Northwood blood. They all have a passion about the finished product. And about their customers. They are perfectionists. And lovely.

I read that George wants to give people “happy hair”. He wants his customers to “leave with a smile and a swish”.  It took three hours for the swish, but Jo was smiling all the way through. 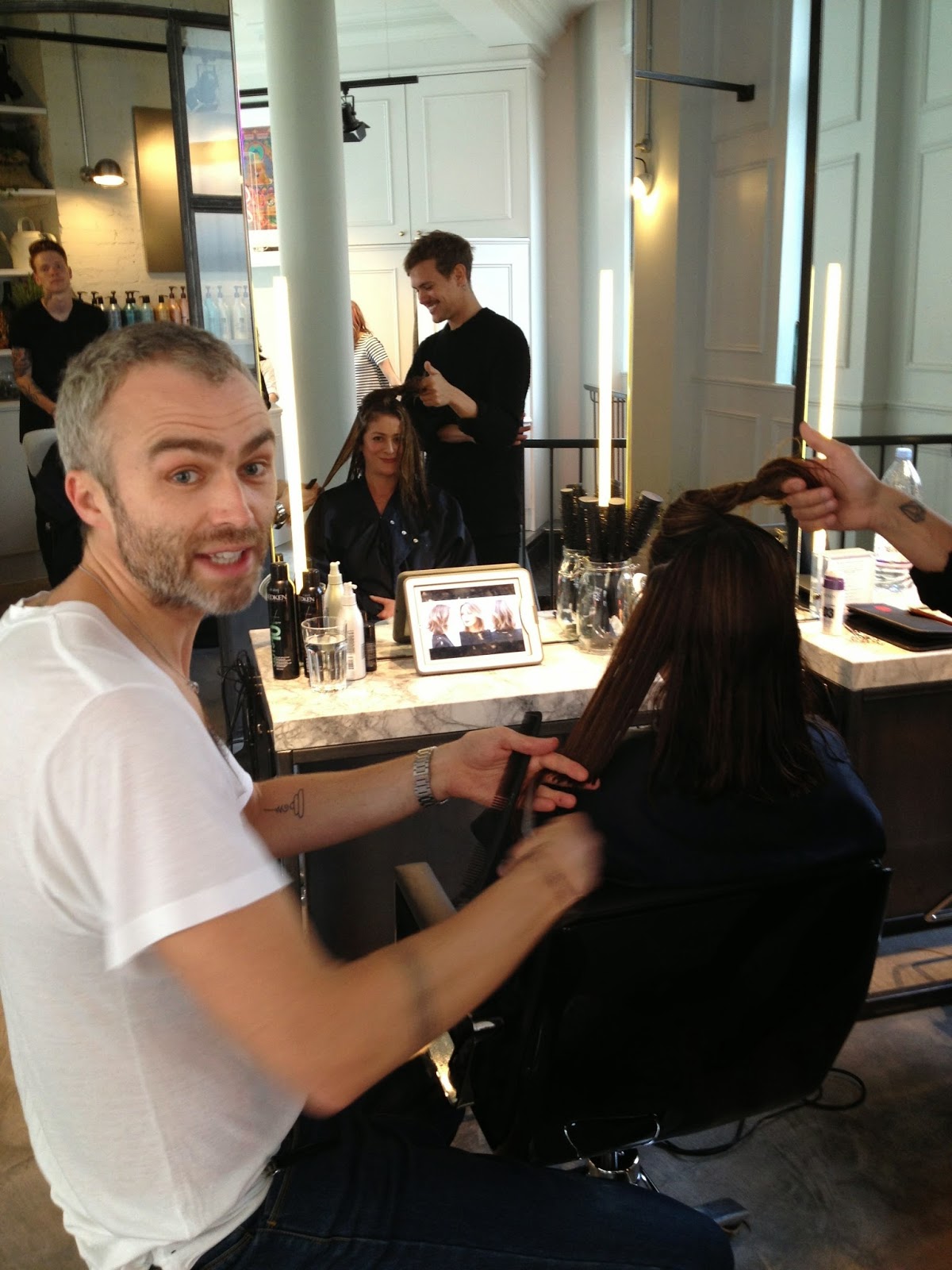 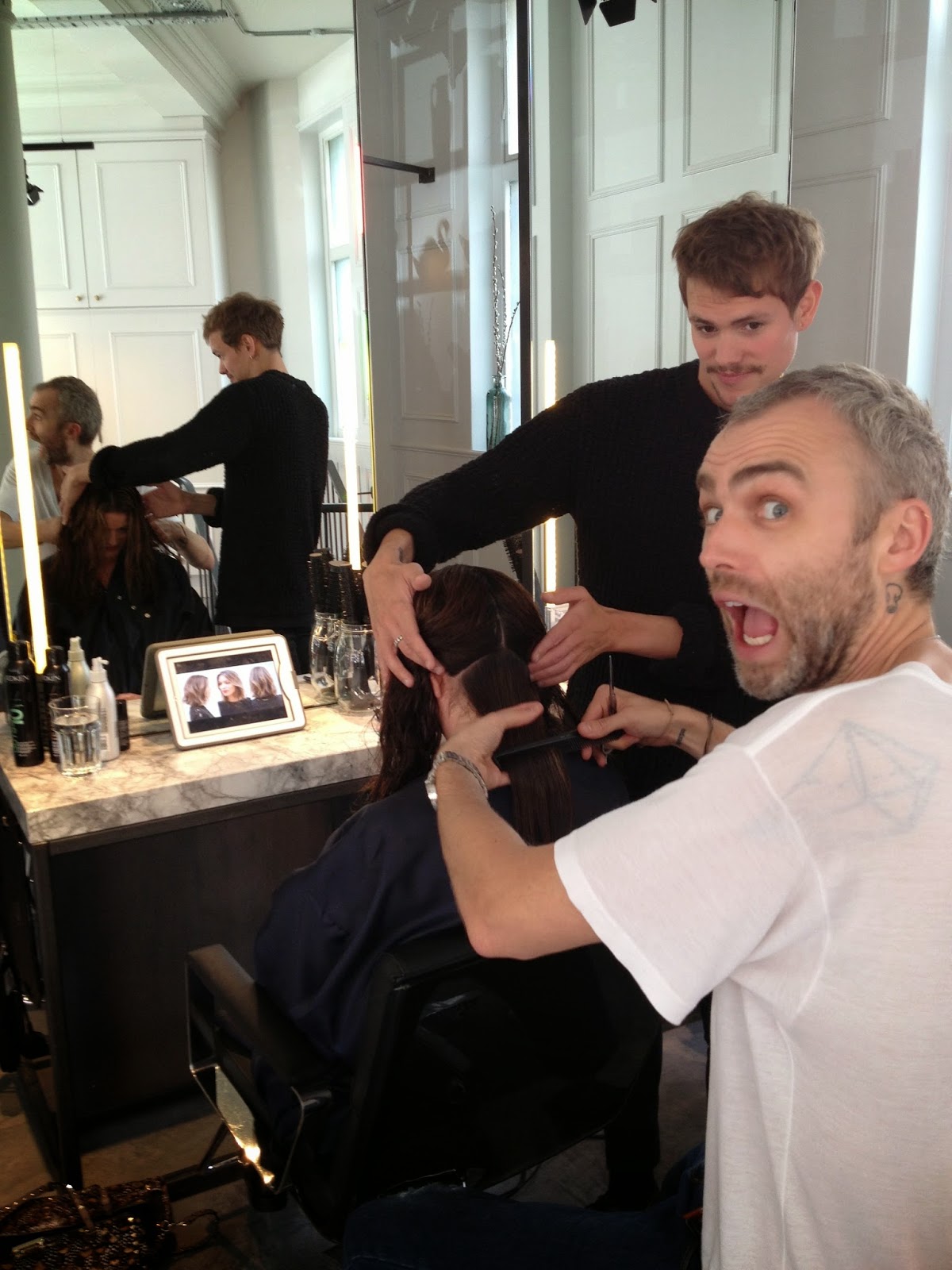 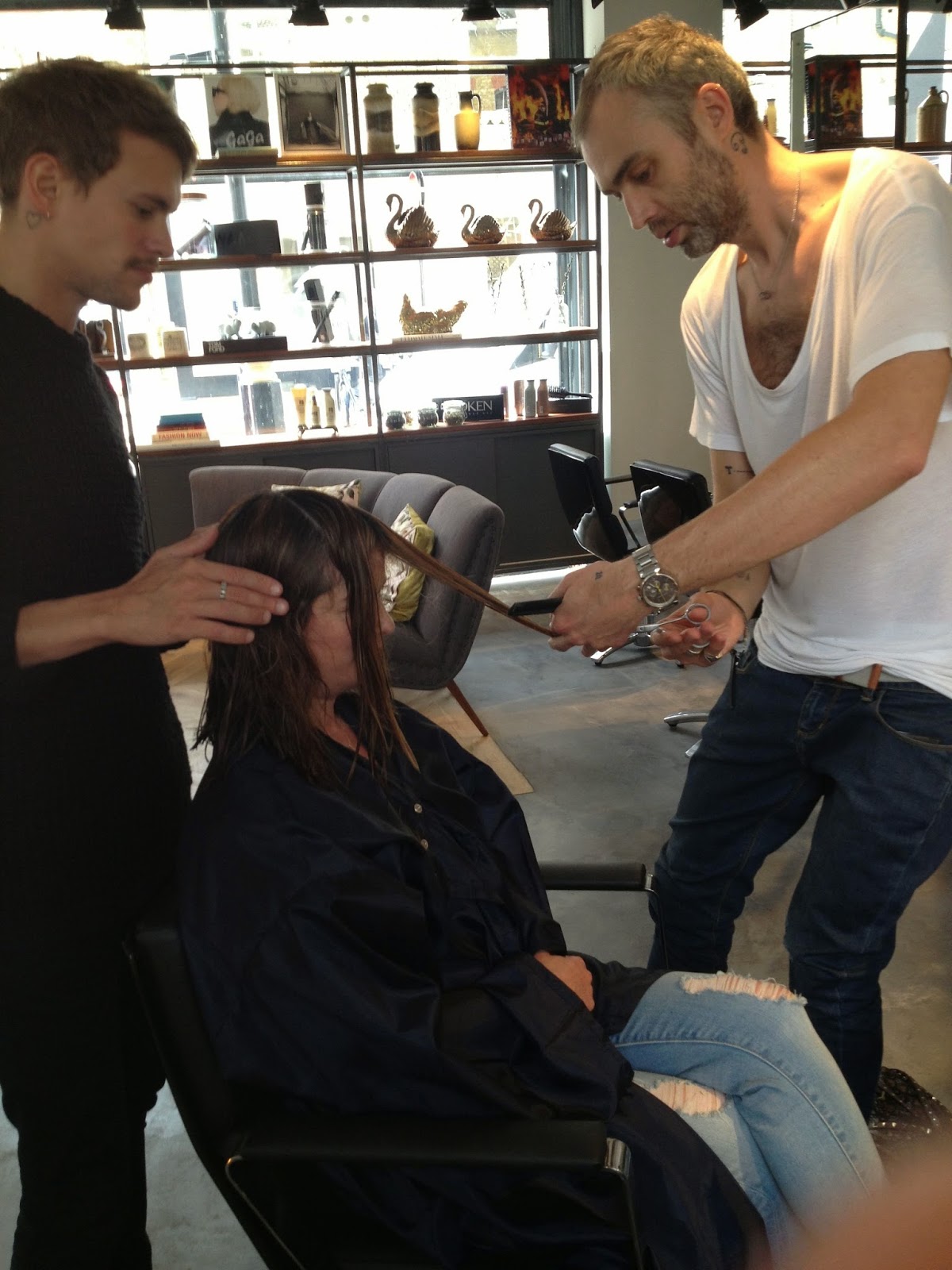 While Freddy, the family’s little white rescue dog, sat on Jo’s lap, George cut Jo’s hair in three careful stages, layer after measured layer. He kept going off to other clients, then returning, worrying about the detail, checking she, and her hair, were happy. 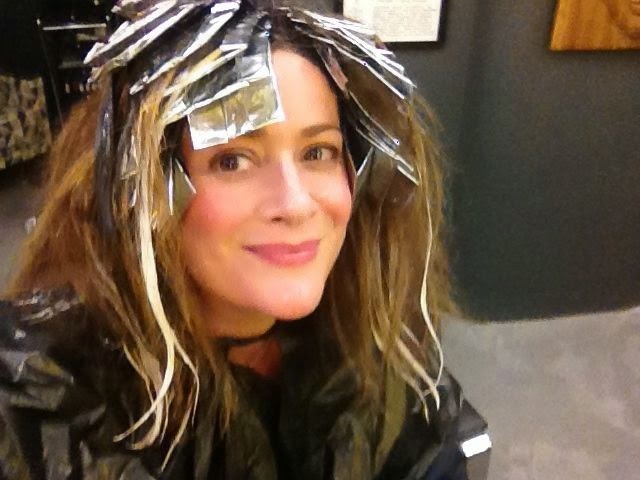 Meanwhile Sally worked like Michelangelo on the colour, strand by strand, mixing, pasting. Jo stroked Freddy and enjoyed what she texted me as the best salon experience she’s ever had. 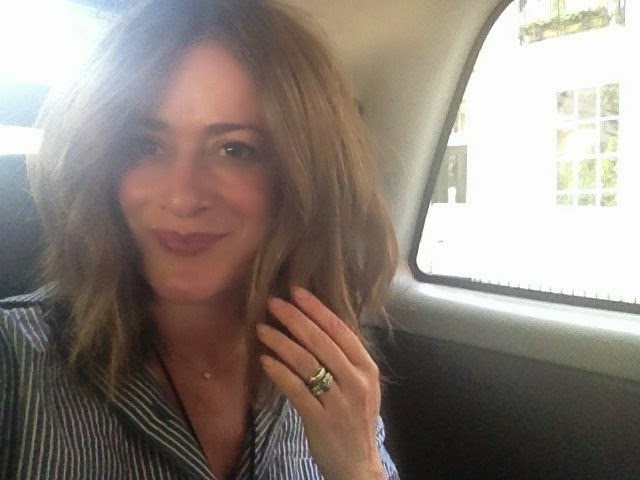 And the result: well even I, an ignorant male, could see the smile and swish as Jo stepped out of her taxi. It’s a transformation worthy of a reality show. She now has a beautiful gob. That’s hairspeak for “grown out bob”. And a very happy gob it is too.

Posted by Tom Gutteridge at 4:20 AM