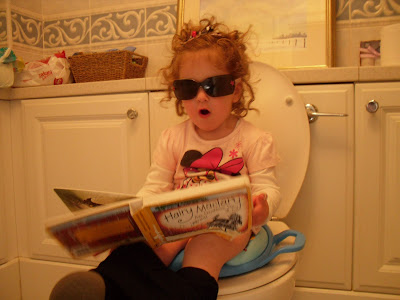 "So what was your first impression of Russell Harty?"

It wasn’t a trick question, and I should have seen it coming – on Thursday, ITV brought me all the way to London for an interview about the late chatshow host. But it still caught me unprepared.

I’d carefully rehearsed in my head all my usual anecdotes about Diana Dors, Oliver Reed, Dirk Bogarde and the myriad other celebrities Russell had interviewed during the years I was his producer. I had a store of tales of encounters with Kenneth Williams, Frankie Howerd and other long-deceased comedians, or prickly meetings with Hollywood super-egos like Shirley McLaine. I’d rehearsed in my head what I would say about Russell’s national notoriety following the Grace Jones incident, about the rent boy story in the News Of The World, and his subsequent illness and death.

I wanted to talk about his humanity and humour, his vulnerability and honesty. But recalling an image of when we first met? I couldn’t even picture where it was. At the BBC? In a Notting Hill restaurant? In Russell’s basement flat with its bachelor-yellow walls and walnut grand piano? Memory plays such tricks with your brain, it’s hard to be precise about events of thirty years ago. That’s when the BBC summoned me back from a year’s sabbatical in India to become Russell’s producer.

At that time my first son Ben was barely an embryo: Russell later became his godfather. By the end of the third series of chatshows, he was talking in sentences and just about potty trained – Ben that is: Russell never used a sentence when a whole paragraph would do. Potty-training Ben was easier than producing the mercurial Mr Harty: though, sadly, I can’t recall any of that process either, to my wife’s frustration.

Right now, Izzy is talking fluently, saying American words like cookie, sneaker and diaper in a posh English accent. Especially the last, for now the time has come for her to cross the divide and cast away the Pampers. Yet I find I have absolutely no recollection of how to achieve this vitally important stage of parenthood.

I can clearly picture Ben’s white disposable nappies – no cartoon characters or triple layers in those days – but the fog of forgetfulness won’t let me recall how we banished them. As a result, I’m distracted from my writing by the sight of Izzy running across the lawn, shorts round her ankles and Jo in hot pursuit carrying a plastic pink Peppa Pig potty, urging her to sit down. She catches her, too late of course. The dogs witnessing this display appear to be laughing as much as I am: I just hope the image stays in my brain for long enough for me to be able to share it with Izzy’s first boyfriend.

Back in the ITV interview, I suppose I could have invented some neat anecdote. That’s what they do on talk shows. Nicely honed stories, told to the researcher beforehand, noted down on the question cards. “You’ve had some strange acquatic experiences haven’t you?” comes the host’s unsubtle prompt, and out pops a pat answer about scuba-diving with David Jason.

Russell hated all that. He liked to interview people, not names. Celebrity didn’t make people interesting, personality sometimes did. Which is one reason his interviewing technique was often criticised: he liked people, not reputations or press releases. At times that could sound curt, even rude, but his bluntness derived from interest, not sycophancy.

So instead, I descended into the blank of my memory, and pulled out Russell’s dark blue Marks & Spencer pullover and his blue-grey sensible shoes. He wore them every day, in the office, in restaurants, at home. Not at all the garb of a star. So I said he appeared to be, well, "unstarry". It sounded most inadequate, but it was absolutely true.
Posted by Tom Gutteridge at 1:21 AM