Taking To The Skies 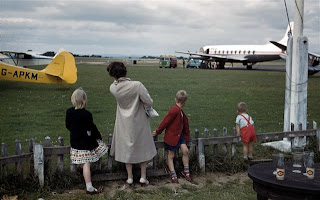 There’s no messing with Lord Stevens. Well over 6 feet tall, back straight as a redwood tree, the former head of the Metropolitan Police has a no-nonsense tone in his voice that has inspired respect and loyalty in equal measure throughout his distinguished life. 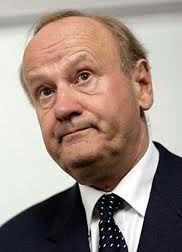 He has charmed prime ministers and presidents, sat in judgment of the British Army and the RUC, and advised the government on international security. Now he was sitting in our dining room, staring across a plate of my homegrown beetroot, and frowning at me.
“Nonsense”, he barked, and I felt myself wilt. All I said was that I wished I’d taken flying lessons when I was younger, but was now too old and fat. The conversation had moved on from rioting (who better to invite for lunch after a week of lawless disorder?) to his other specialist subject and greatest passion, apart from his wife Cynthia.

John Stevens was literally born into flying. His father Cyril was
the founder of BKS, the airline that pioneered commercial flying out of Newcastle airport, and John took his first flight in a cockpit at the age of 4. He is President of the Aircraft Owners and Pilots Association, holds a commercial pilot licence and various stakes in planes that he flies to his numerous board meetings around the country.

“You’re never too old to fly,” he said. “You will come up with me this week: I promise you’ll be hooked.” The voice was insistent: not “can”, but “will”. “I have a fear of heights”, I protested in vain.

That much is true: Sam, my 13-year-old, knows not to try to get me onto Oblivion at Alton Towers, I’m nervous on a stepladder changing a lightbulb, and my neighbour takes pity on me when it’s time to trim the wisteria.

But I do have a boyhood fascination with airplanes, and Baron Stevens of Kirkwhelpington is very good company so, before head could engage with tongue, I heard myself say “I’ll be there”.

That’s why on Thursday I found myself in a cockpit with headphones and a steering yoke as John, sounding just like the pilot of a 747, was requesting permission to take off from Runway Seven Zero at Newcastle Airport. A black raincloud drifted towards us from the West. Although he flies regularly, he’d meticulously read out a list of pre-flight checks, inspected every inch of the single-engined plane (yikes, only one engine) and removed every last drop of condensation from the fuel tank.

We listened to air traffic control as a Thomson holiday jet in front of us lifted off for the sun. Then a moment of drama as the jet struck a bird and officials raced up the runway checking for debris. It was ten minutes before we could get airborne, but by then John had so calmed me down, we could have flown to the moon.

Immediately after takeoff he handed me the controls. “Let’s find your house”, he suggested, so I eased the yoke to the left and followed the Wansbeck. It was far more responsive and exciting than my car, like driving in 3D, and a few minutes later I spotted the garden below us. I was glad I’d mowed the lawn.

Izzy and Jo waved from a window as we circled overhead. “That’s Daddy in an airplane”, said Jo, and Izzy shouted “He’s going to Los Angeles”, that being the only point of a plane that she knew.

Later, John demonstrated something exhilarating called a touch and go, setting us down in a neighbouring meadow before zooming up again. We soared through the rain clouds to 7,000 feet, and then all Northumberland lay circling below us. There were no hills: all the ups and downs of life just seem to flatten out when you’re flying. I could have stayed up there forever.

John was absolutely right: I’m hooked.
Posted by Tom Gutteridge at 8:48 AM

Keep flying and next time pilot Billy pine and I will take you for spin down PCH!!!!

Keep flying and next time pilot Billy pine and I will take you for spin down PCH!!!!