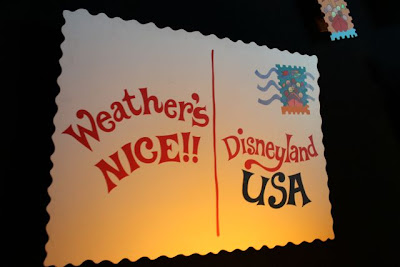 Izzy stabbed another chip into the ketchup, held it high in the air, then paused and frowned. 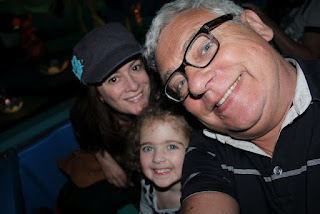 Suddenly she exclaimed, in a voice so shrill the whole restaurant turned to look: “Mummy when are you going to speak proper English like me and Daddy?”

A moment’s silence, then an eruption of laughter. Izzy was surrounded by her American uncles, cousins and friends. Despite 7 years in the UK, any slight British twang in Mummy’s voice had been erased the moment we stepped off the plane in Los Angeles two weeks ago. 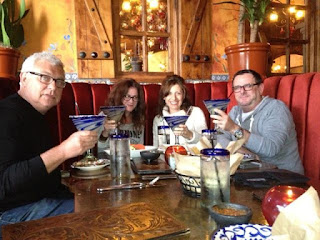 Since then, Izzy, Jo and I have been filled with Californian hospitality. With a different set of friends and family to visit every day, and scores of much-missed restaurants to patronize, I managed to add 10 pounds to my already overpadded waistline in as many days.


The problem with Southern California, our home from home, is that it’s all so perfect. People are complaining because petrol (“it’s not gas, silly Mummy”) has hit $4.50 a gallon (60 pence a litre); the supermarkets are packed with cheap, local produce; the temperature hovers between 75 and 85 degrees every sunny day; whales and dolphins swim past the beach restaurants; cheap and cheerful Mexicans are there for nasty jobs like cleaning homes and digging gardens.


The recession, for more people, hardly happened: the economy is growing again, the plants in the perfect gardens never stopped. Sure, the underbelly of America has problems as severe as the poorest parts of the UK, but you’d never notice it in California’s manicured, gated, comfortable life.

Not that I want to give the impression that I’ve been on holiday for the past couple of weeks. It was actually quite tough work. Twice I had to drag myself up at 3am to watch Newcastle United cruise towards Champions League glory in high definition; every night I had to endure a marathon wine-tasting from my very generous brother-in-law, determined to convince me that great California wine is as good as its French counterpart; and you wouldn’t believe how hard it is to remember to bring enough change for the valet parking. 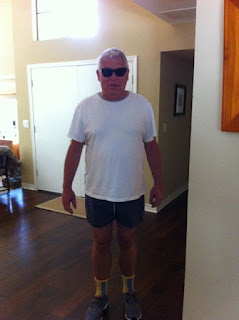 One morning I felt so bloated and indolent that I donned a pair of swimming shorts (“Daddy’s wearing trainers, not sneakers, Mummy”) and set off to run my own London marathon round the block of neatly grassed front lawns.

I swear I got a cheer from the neighbours – or maybe it was a suppressed scream of horror.

My nephews cruelly photographed me and posted the result on Facebook: apparently I reminded them of Borat. 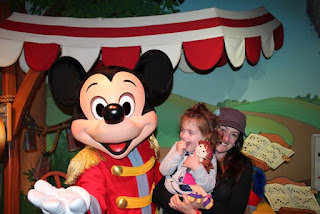 Izzy, meanwhile, found Paradise: she met Mickey Mouse at Disneyland.  Not the EuroDisney or Florida fakes, but the original rodent in his actual home.


She even saw his gloves going round in his washing machine.

Jo met him too: I was stabbed with jealousy as Jo threw herself into the arms of someone even older than me. Izzy just melted with excitement.


Sadly all that’s behind me now. This morning, I braved the icy rain to put my Californian beet seeds into the sodden ground of my Northumbrian vegetable garden; back at my mother-in-law’s house, the roses are in glorious full bloom. I turned up the central heating to full, just as I had the air-conditioner two days ago. I filled our cars with fuel in case the tanker drivers go on strike: for the same price I could have driven halfway across America.

Jo, who’s decided to stay over there with Izzy till the weather gets better, has just rung to say they are eating burgers and fries by the sea. I can’t blame them staying on: it is another world. But I’m making the best of it. Yesterday at St James Park I helped cheer Newcastle to victory – so much more exciting than watching them on television; I’ve filled the house with daffodils and tulips from the garden – there’s nothing like an English Spring, even a wet one; now I’m off to the pub with friends for lunch – roast beef and a pint of bitter is nicer than any burger.

Meanwhile, Izzy, please remember you are eating chips, not fries.
Posted by Tom Gutteridge at 2:59 PM