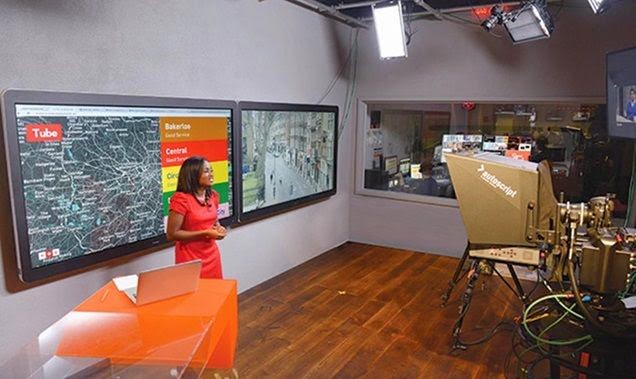 I hate to say “I told you so,” but I told you so. I’m only surprised that I’m telling you so soon after my last comments here (and here) about what I called Jeremy Hunt’s “crazy initiative for local television”.


Just two years and £40million later (that’s just the money we, the television licence payers have pledged to Hunt’s harebrained scheme), we find that the whole project is a big fat turkey. Last week the flagship local TV station, London Live, owned by Evgeny Lebedev, the billionaire proprietor of The Independent newspaper and London’s Evening Standard, raised the white flag of defeat by asking Ofcom to slash the amount of local programming it is required to produce from 3 hours per day to just 1. In other words, it doesn’t really want to be local at all.

The reason is simple: viewers don’t want Hunt’s city TV. Since its launch four months ago, and despite its priceless position as Channel 8 on the capital’s Freeview receivers, London-scarcely-aLive has been getting such appallingly low audiences, at times it has received a zero rating.

We all warned that this would happen, but Hunt wouldn’t listen. The first thing he did when he took over as Secretary of State for Culture in 2010, was to axe Labour’s bold plans for regional and local digital news and replace it with this crackpot idea, based on his self-assessment of New York’s local stations. He said that city has 6 successful local TV stations, so every city in Britain should have one.

He was wrong. New York’s stations aren’t actually local: they’re all either affiliated to or owned by bigger networks, who provide their main shows, and they run a little bit of local news in between these and bought-in series, with the bulk of the schedule filled with acres of “paid for” shows that try to sell you things, from slimming aids to God. That’s not local, in any sense of the word.

The experts were united, the financial analysts predicted disaster, his own department’s officials rolled their eyes in despair, but Hunt wouldn’t listen. Now Lebedev and the taxpayers are paying the price.

When he first moved into his DCMS office, Hunt found his department ready to launch our ambitious plans for local news. By “our”, I mean the plans that I helped write, for I was part of the winning bid for the North East news pilot, which was going to deliver a unique local and hyperlocal news service to this region.

If Hunt had read our document, which he probably didn’t, he’d have discovered a unique partnership between print (The Press Association and Trinity Mirror, owner of The Journal and the other main daily newspapers across the North East) and television. Based on the popular 6pm ITV local news slot, enhanced by the resources of our region’s newspapers and hundreds of community newsgatherers, it would have enabled our community to enjoy a revolutionary service for the digital age, ranging from a rich television news service, to information about what’s happening on your own street via the web.

But Hunt was obsessed by his bonkers plan for a network of old-fashioned television channels, and that’s what he got: full of cheap, poorly-made shows and reruns, of no interest to anybody.

In the very first line of its “programme commitments”, London Live promised that it “will be an interactive news and entertainment service”. Now it is asking Ofcom to change this sentence to “will endeavour to be an interactive news and entertainment service”. In other words, it’s given up, but still wants to own the valuable freeview Channel 8, filled with cheap reruns. Just like America.

Of course Ofcom could turn the request down, but I doubt the Government will let it. However, if the regulator does approve the change, how will that leave other local TV stations, including the ones planned for Newcastle and Middlesbrough? Will they be able to reduce their own local “commitments”, even before they begin?

Either way, local TV is dead. Sure, a few stations have staggered on air, propped up by local universities providing facilities and free amateur labour. But this isn’t what anybody wanted, least of all the viewers.

[Six weeks after I wrote this post, which was subsequently published in Broadcast Magazine, Ofcom turned down London Live's request to slash its local programming content.  Well done Ofcom.]
Posted by Tom Gutteridge at 4:45 AM

As one of the founders of NY1, I cannot agree. While some of the local stations in NY may indeed be O&Os, it is possible to have a very profitable local TV station without that affiliation - just not the way they are doing it now.
http://www.huffingtonpost.com/michael-rosenblum/london-live-starts-to-pul_b_5631374.html

But as I understand it, Michael, NY1 is a rolling local news service only available to Time Warner Cable customers, which is a million miles from Jeremy Hunt's "vision" of a free-to-air city station (and not much use to New Yorkers without TWC). So its "profitability" must be helped by the TWC marketing budget, surely? Or have I misunderstood your business model? I'm not aware of any profitable New York stations using the sort of business model our former Secretary of State was envisaging.

Having said that, I was excited by Labour's plans to create an all-news, largely web-based local/regional news operation, which is why I agreed to become so involved in the North East England pilot. This would have had some elements of what you have achieved at NY1, but backed instead by some network free-to-air output, making the TV side available to all citizens, the print offering running alongside, and a comprehensive hyperlocal news web offering involving all communities. Whether it would be truly profitable (taking into account the subsidy of the TV carriage, the shared resource with the print operation, etc) sadly we'll never know.